After winning the Catalonia Regional Price of the Galileo Masters 2018 for the MEDEA single-frequency GNSS receiver prototype, Rokubun is currently upgrading it to a MEDEA multi-frequency GNSS navigation computer, which is based on the u-blox ZED-F9P multi-frequency and multi-constellation chipset.

MEDEA consists on a sensor board (with the GNSS chipset, IMU, barometer, extra magnetometers, ...) and the application board, with a small yet powerful processor to embed any program you need (NTRIP caster, RTKLib, your own navigation engine, webserver UI...)

The MEDEA sensor board (SB) can operate independently from the application board. This means that is able to collect all the data (GNSS raw observables, IMU, time events, ...) in the SD card for later processing, specially well suited for PPK applications such as drone photogrammetry. The MEDEA SB has the same functionalities as our previous Argonaut receiver. Also, due to the fact that the Ublox chipset contains an RTK engine, you can use it also as a navigation unit if you provide it with connectivity. Actually, the upcoming application board will have 3G and WiFi connectivity to the sensor board for this purpose.

With the sensor board already very advanced in terms of implementation, we are starting to perform some first tests on the data quality we can get from the Ublox receiver. To do this we have set-up a series of dynamic (automotive) and static tests using a multi-band Tallysman TW7972 antenna.

The data samples show that it takes several steps and time to fully track all signals in a cold start (with no almanac data stored in the receiver). We have observed the following sequence:

It is worthy to note that no GLONASS carrier phase measurements where apparently tracked by the receiver.

The SNR of the tracked signals are included in the following plots for GPS, Galileo and Glonass. The following points are noted:

The automotive dataset gathered by the MEDEA receiver in this campaign has been processed using Jason, Rokubun's positioning-as-a-service (https://jason.rokubun.cat). Jason was able to go for a PPK strategy (i.e. post-processed RTK) due to a nearby base station in Girona (GIRO) from the Spanish IGN network.

As you can see in the plot below (and attached full track in KML), the resulting track is much smoother (i.e. less solution breaks and jumps due to obstructions) than compared with single frequency receivers. There are some spots where vegetation seems to upset the navigation filter a bit, but this may be solved using an IMU such as the one onboard the MEDEA (results of loosely coupling to come in future posts).

You can download this datapackage, that contains a sample Rinex3.03 file (used to generate the solution with our Positioning-as-a-Service) as well as the resulting KML. Please feel free to play with these files as you see fit.

As expected, the benefits of multi-frequency GNSS over single-frequency are obvious, not only in terms of accuracy but, more importantly, in terms of robustness and convergence time. Being MEDEA one of the first receivers featuring the new Ublox ZED-F9P, multi-frequency GNSS is nowadays an affordable solution. In particular, the MEDEA Sensor Board could bring affordable accuracy for applications that do not require real-time accuracy such as drone photogrammetry or surveying. 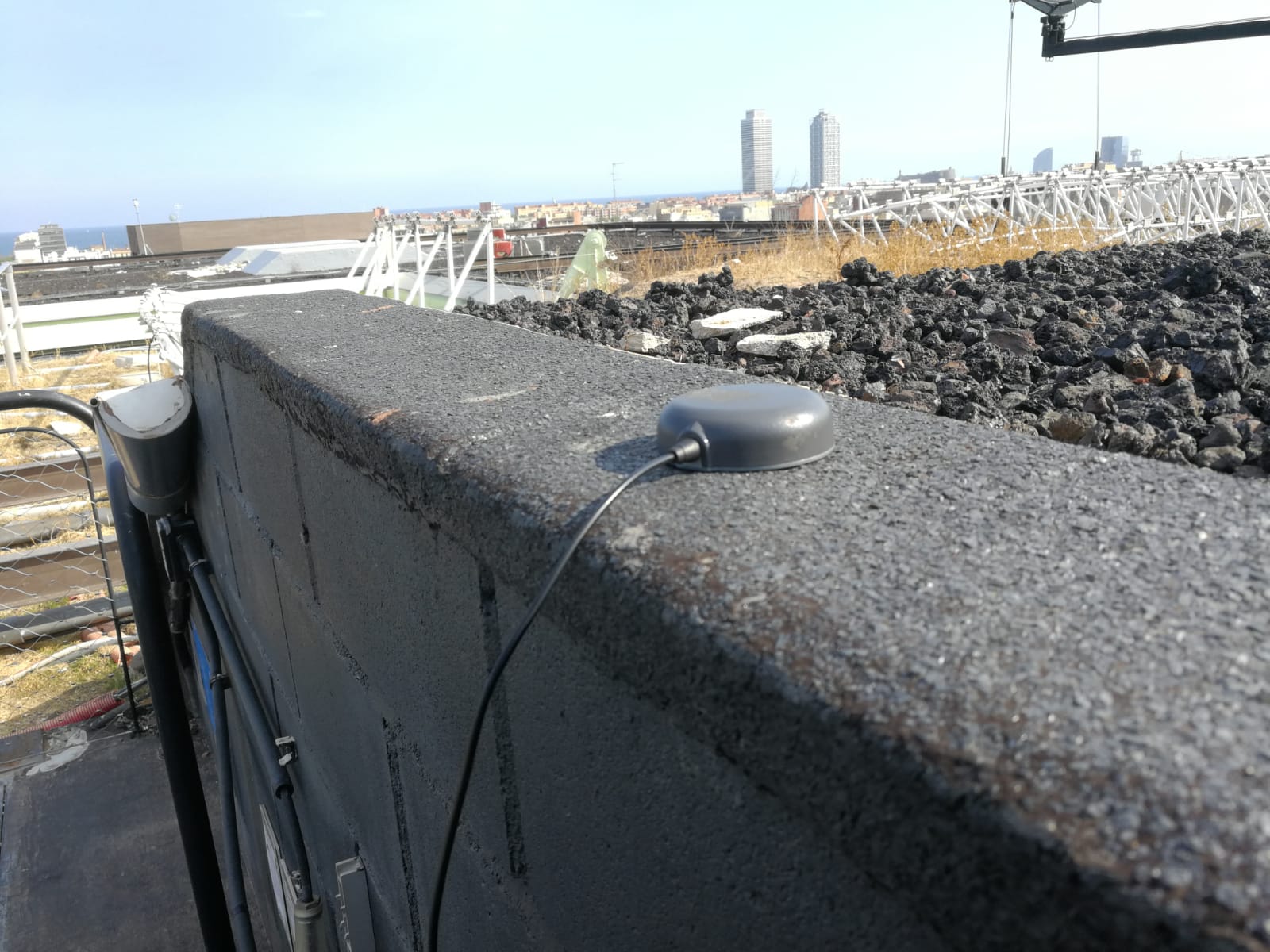 This post intends to showcase the capability of MEDEA from the standpoint of using it as a Continuously Operating Reference Station (CORS).