This post attempts to compare the performance of a geodetic-grade GNSS receiver (Septentrio AsterRx) and a low-cost one (Rokubun ARGONAUT) in a static scenario. The results indicate similar accuracies despite the differences in price and hardware. Rokubun’s Argonaut GNSS receiver achieves 1.8 cm RMS when compared to the truth provided by a Septentrio AsteRx receiver.

For many years, the market of high accuracy GNSS receiver has been dominated by few large manufacturers, who set the price of their products with large profit margin. However, this trend seems to be nearing its end with the introduction of low cost / mass-produced chipsets that output good carrier phase and pseudo-range raw GNSS data. The link between precision / accuracy and a high price tag starts to be questioned with this new generation of chipsets. Some time ago, u-blox released the chipset NEO-M8T for timing purposes. This same chipset is able to output the observables required to perform GNSS post processing and improve the precision and the accuracy of the final positioning output.

Rokubun made its first integration based on a previous chipset (NEO-7P) with the intent to create an entry-level product (Argonaut) that would offer decimetric accuracies, slightly worse than a geodetic-grade GNSS receiver (centimetric accuracy), but with a price tag orders of magnitude lower (hundreds of Euros).

The measurements for this test were done at a fixed location at the roof of the MediaTIC building in 22@ quarter, Barcelona.
The surroundings of the location are benign regarding sky obstructions (i.e. open sky conditions). Multipath error was thus limited to a large extent: there was no occlusion below the 15 degrees elevation mask

An important factor when comparing the performance of any two receivers is the antenna they are connected to. The survey grade GNSS receiver was connected to a geodetic grade antenna with a medium sized ground plane (as per NGS nomenclature SEPPOLANT_X_MF) measuring 19 centimetres in diameter. The Rokubun Argonaut has a patch antenna (6.6 cm2 ground plane) integrated in the hardware package.

The high-end GNSS receiver and the Rokubun Argonaut were setup over the same land surveying aluminum tripod and in both cases the antennas were leveled over the same point using a standard tribrach optical plumb. The high end receiver recorded raw GNSS observables during 21 minutes to compute the reference position as well as observe the position drift over time (noise). The Argonaut was setup over the same tripod immediately after with a RF transparent 5/8 inch Teflon screw and was left recording GNSS observables during 1 hour and 36 minutes.
In both cases the receivers where left recording epochs at 1 Hz (once every second) for a total 1260 epochs the high end GNSS receiver and 5760 the Rokubun Argonaut.

Table 1 Description of the test setup, with the options used in PPK strategy (using RTKLib software) The rationale of selecting “kinematic” stochastics instead of the “static” (despite having a stationary antenna) was to assume as little as possible about the receiver dynamics and aid as little as possible the post processing engine. If the GNSS data would have been collected in kinematic conditions the raw data would be more challenging because of fast changing surrounding scenario. Therefore, in a real kinematic test the results may not be as good as the test made with the receiver stationary.

The following plot shows the time series of the three error components  (East, North and Up). The Septentrio receiver manages to stay below 1cm  for all components, while the Argonaut receiver can match this accuracy  (2cm in the East and North component and less than 4cm for the Up  component).

The Root Mean Square Error of the Rokubun Argonaut is .1.6 centimetres  in the East – West axis, 8 millimeters in the North – South direction  and 1.3 centimetres in the up – down direction. The industry consensus  in the brochures of the high end dual (and triple) frequency receiver  accuracy performance is to quote “one centimetre plus one part per  million” of the distance between the base station and the rover one  sigma (68% of the time). In this particular case, one part per million  of 17500 metres is 0.0175 metres so in total we would have an allowance  of 1+1.75 which equals 2.8 centimeters on the horizontal plane when in  reality we are getting 1.8 centimetres

In stationary applications with clear visibility, single-frequency GNSS  receivers (such as Rokubun’s Argonaut) can provide centimetric  accuracies, which is similar to those of a geodetic-grade GNSS receiver,  but at a fraction of the cost. Therefore Rokubun’s Argonaut (in  combination with Rokubun’s Jason PaaS post processing engine) are suitable for application where: (a) real  time is not mandatory, (b) centimetric accuracies are required, (c)  convergence time is not critical and (d) scalability is crucial. 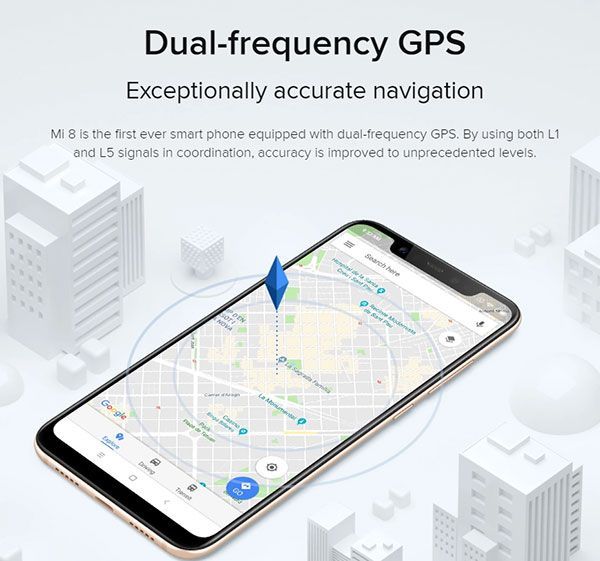 As it is known, on May 2018 Xiaomi introduced to market its new flagship smartphone, the Xiaomi Mi 8. For GNSS enthusiats, this was a huge m

As it is known, there is an active development in using Android ranges for PPP 1 2 and RTK, but these require the phase observables, which,